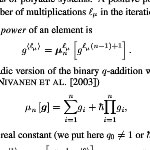 Interconnection between polyadic systems and binary ones has been one of the main areas of interest POST [1940], THURSTON[1954]. First constructions were confined to building some special polyadic (mostly ternary CERTAINE [1943], LEHMER[1932]) operations on elements of binary groups MILLER[1935], LEHMER[1936], CHUNIKHIN [1946]. The very special form of n-ary multiplication in terms of binary multiplication and a special mapping as a chain formula was found in HOSSZ´ U [1963] and GLUSKIN [1964, 1965]. A theorem which claims that any n-ary multiplication can be presented in this form is called a Hossz´u-Gluskin theorem (for review see DUDEK AND GŁAZEK [2008], GAL’MAK [2003]). A concise and clear proof of the Hossz´u-Gluskin chain formula was presented in SOKOLOV[1976]. In this paper we give a new form of the standard Hossz´u-Gluskin theorem in terms of polyadic powers. Then we show that the Hossz´u-Gluskin chain formula is not unique and can be generalized (“deformed”) using a parameter q which takes special integer values. We present the invariance version of the “q-deformed” analog of the Hossz´uGluskin theorem and consider examples. A “q-deformed” homomorphism theorem is also given. 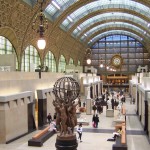 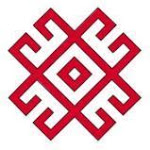